1) What is Autocad?
Autocad is a software program built to design and shape the 2-D and 3-D images.  It provides the tools by which a detail design of the product can be done. It also has the option to create detailed design layout, which can be automatically drawn by using source model.
2) What are the uses of Autocad?
Autocad can be used by the professionals to visualize the imaginary view of the product on a computer system. In Autocad, it is possible by the drafter to make the changes in the product before it gets finalized for design. It also gives the freedom for the designer to implement their various ideas and represent them to the suppliers or their clients.
3) What are the fields where you see maximum use of Autocad?
Autocad is more popular among the architects, engineers and builders for developing their building layouts.
4) What is the file formats used in design?
In Autocad, .dwg file format is used for design, it can be an interchangeable format.  The file format which is interchangeable has the extension as DXF and operates data operability. It provides different languages which can be used as per the requirement.
5) How you can create a user interface in Autocad?
User interface can be created by using the command prompts to draw the plots and dialog boxes. The dialog boxes can be displayed by the use of PLOT command and the external database commands (ASE).  Setting of CMDDIA to 1, allows the dialog boxes to run the command.  The user interface creation also needs the command line to display the entire file so that it can be edited or customized easily.

6) What is the function of vertical integration?
To enhance the architectural designing of 3D object Autocad uses the vertical integration program.  The 3D objects can include walls and other things that are associated with the data having information and simple objects like lines and circles. The data is programmed in such away that it represents only the architectural products and the extracted files, and can be modified according to the requirement.
7) What is the use of variant in Autocad?
In Autocad variants are used to help in creation, visualizing and rendering the 3D models that include 3D printing as well.  Variants allows you to use the functionality of different application according to the requirement.
8) What are the benefits of using Autocad?
Autocad has replaced the traditional method of drafting and designing which was made by pencil, drafting boards, triangles and compass with just a set of a computer program.  The benefits are immense like:
9) What is the process to draw a line more than one time and save it automatically?
When a need arises to draw a new line the process opens up a new file in a new session to write the file. Autocad allows saving multiple drawing for each session. The files are saved by using the file extension .dwg and it can be modified by using the browser.

10) What are the steps that enable the drag and drop feature in Autocad?
Autocad provides a way to drag and drop the elements by the use of “NOUN” and “VERB” in a dialog box.  It allows the object to move from one place to another.  Likewise, the remove or editing function can be done by using “MOVE and ERASE”.
11) What are the features corrected by Autocad?
Autocad detects the problem and correct it by removing the corruption with the drawing parts.  With the available option of adding additional vertices, it also adds vertices to the poly-lines. The error can be corrected or neglected by finding out the exact location of the poly-line that has zero vertices.  The object can be deleted or removed after there is no use of it in the system.
12) How to set up a default drawing directory?
Default drawing directory has sub directories having the information using the windows commands. The applications, which are going to be used, are highlighted, and by using drag and drop features those application will be placed in the default directory. The properties for the application are selected from the menu and dialog boxes displayed on the front.
13) How you can copy a closed drawing?
The copying of the closed drawing can be done by the designer center in the toolbar of the Autocad.  By using the tree view option the copy of closed drawing can be done easily. The modification of the drawing can be done by using graphical interface.
14) How you can hide the specific layers when plotting in Autocad?
To hide the specific layers while plotting, you can use various options like turning off the layers for plotting , freezing the layers and turning off. Turning off for plotting will show the layers on the screen but won’t output on printing. The layers that are turned off will hide the layers and also it will not appear on the screen.
15) What is the process of copying the dimension styles from one drawing to another in Autocad?
Copying of dimension styles require setting up the particular dimension style. To copy a dimension style, a new document has to be created. Once it is created, this document will be saved as a drawing template. A new reference will be created by new drawing template document and it will show all the options like layer style, units and blocks. Drawing can be done by seeing the current drawing and dimension style would be same as the original picture. By using the design center, Autocad tools can be used to copy the dimension styles from one drawing to another.
16) How can you remove the empty layers from drawing?
The layers can be removed only when the object resides in the layers will be removed, once it is removed it is an empty layer. The empty layers cannot be deleted by purge. It might be because the layer is frozen on a viewport or referenced by an object in a block definition. By using EXPORT command it is possible to remove the layer from drawing, which results in creating a DXF file of the drawing. You can edit the dxf file in a text editor and rename all the instances of layers in the file, except the layer definition.
17) Why Autocad WS is more popular among mobile users?
Autocad WS provides many option for mobile application developer like edit, view and share.  They can easily share the application wherever they go and can develop an application in a matter of time. The application can be downloaded and installed from anywhere in the world, ignoring the licensing problem. The users can save file in any format and can run the application on any platform with ease.
18) How can you make a spring, spiral or screw thread?
To make a spiral or screw thread use an AutoLISP routine such as spiral.1sp, it will create a spiral path according to your need. Then you can use EXTRUDE command with a reference object, using the spiral as the path.  Also, there is another way you can do this, by using Mechanical Desktop (MDT) or Autosurf by using augmented lines as path.
19) Tell me how you assign the keyboard characters or function keys to Autocad commands?
By editing the ACCELERATORS section of the Autocad menu file we can assign keyboard characters to Autocad commands.
20) How you can open a drawing file that was created with the automatic save features?
Autocad files have an extension of “.dwg” and will only open those files having this extension. To open the drawing files you have to rename it, by using Explorer or DOS prompt you can do that. If you are using EXPLORER you have to make sure that the option of “Hide file extensions for known file types” is not enabled. After the file is copied you can rename and use the OPEN command in Autocad to open the drawing.
21) What will you do when command prompts appear on the command line instead of ASE dialog box and plot dialog box?
In Autocad, CMDDIA variable controls the display of dialog boxes. To enable these dialog boxes you have to set CMDDIA to 1. 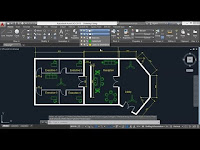 22) In Autocad, what is the command that is used to rotate the grid at 45 degress?
To rotate the grid at 45 degrees, command UCS is used.
23) In what situation command prompt appears instead of a dialog boxes?
If a file command is imported from a script or AutoLISP/ ObjectARX/ ADSRX a command prompt appears instead of a dialog box.
24) What are grips?
Grips are small boxes that appear on the objects you select.  You can move or edit an object by dragging a grip.
25) What you are supposed to do when “Enter Attributes” dialogue doesn’t display?
In this case, two variable controls this function, ATTREQ and ATTDIA , to see the “Enter Attributes” dialogue , make sure both the variables are set to 1 and not 0.

Popular posts from this blog 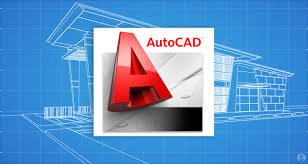 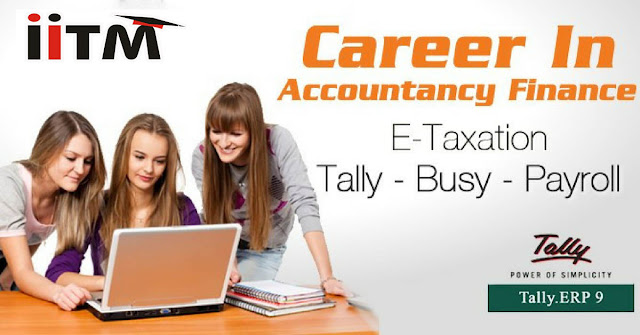